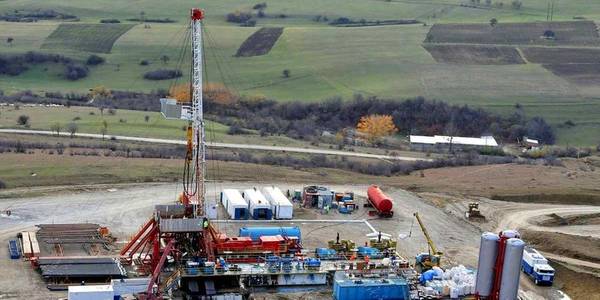 Block Energy Plc, the exploration and production company focused on the Republic of Georgia, is pleased to announce that more than 200 barrels of oil were recovered from the legacy vertical well 16a at its West Rustavi permit during a 10 hour flow period.

An additional 300 barrels of light oil flowed to a temporary wellsite production facility over the following days.  The results of the test confirm the well lies in an active hydrocarbon system and that the previously producing Middle Eocene reservoir still contains reserves and remains pressurised.

The UK-based oil and gas producer will now move forward with its programme to restart production at the field via the drilling of two initial horizontal sidetracks in West Rustavi wells 16a and 38, targeting a combined gross production of 650 bopd by Q1 2019.

Block holds a 25% interest in West Rustavi as part of an agreed earn-in to 75%.  In addition to holding 38 MMbbls of gross contingent resources ('2C') of oil, West Rustavi holds estimated gross 2C contingent gas resources of 606 BCF which it plans to test in 2019 by re-entering up to two wells that previously flowed gas.

West Rustavi is one of three licences Block holds in Georgia, the others being a 100% interest in the producing Norio field, which has gross proven ('2P') oil reserves of 1.631 million barrels, and where a workover and sidetrack programme is underway targeting 250 bopd by Q1 2019; and a 90% interest in the Satskhenisi field, which has estimated 28 MMbbls of gross 2C contingent resources.

Block Energy Chief Executive Officer Paul Haywood said: "The recovery of more than 500 barrels of oil from the legacy vertical wellbore at West Rustavi 16a is highly encouraging and bodes well for our horizontal sidetrack programme at the field which is due to begin early next year.  Having raised GBP5 million by the time of our IPO we are fully funded to undertake our work programmes at West Rustavi and Norio, which together target a combined 900 bopd net to Block by Q1 2019."

Paul added: "Block is not just focused on oil production.  West Rustavi also holds an estimated 606 BCF of gross 2C contingent gas resources which we plan to test in 2019. With operating netbacks of around US$2.6/Mcf at current Georgian gas prices of US$5.5/Mcf, and assuming a first phase of gas development producing gross 30 MMCF/D, gas production at West Rustavi has the potential to deliver net annual cash flows of more than US$20 million."