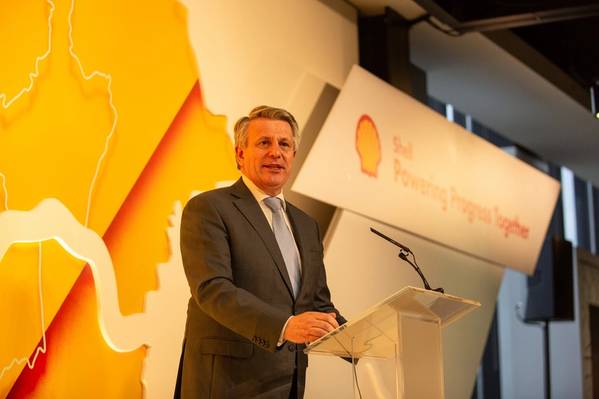 Royal Dutch Shell caved in to growing investor pressure over climate change on Monday with plans to set short-term targets for reducing its carbon footprint.

But following discussions with investors, the Anglo-Dutch oil and gas giant said that from 2020 it will set three- to five-year targets every year which will include specific net carbon footprint targets.

Shareholders had criticised Shell for last year setting long-term "ambitions" to halve its emissions of carbon dioxide by 2050, which lacked binding targets for implementation.

Shell, which did not specify any targets on Monday, plans to link these targets and other measures to its executive remuneration policy. The revised remuneration policy will be put to shareholders for approval at its annual meeting in 2020.

Shell has already linked 10 percent of executives' remuneration to reducing carbon emissions from the company's operations.

The new targets will go further, incorporating CO2 emissions from fuel burning by customers, including millions of drivers that use Shell fuels, in what is known as Scope 3 emissions, a Shell spokeswoman said.

Scope 3 emissions for Shell and its peers far exceed those from the company's operations, dubbed Scope 1 and 2.

"We are taking important steps towards turning our Net Carbon Footprint ambition into reality by setting shorter-term targets," Ben van Beurden said in a statement.

The move comes as governments meet in Poland for a conference hosted by the United Nations COP24 which will lay out a "rule book" to implement a 2015 climate accord.

The Paris agreement set goals to phase out fossil fuel use this century, shift towards cleaner energies and help limit a rise in temperatures.

Shell signed a joint statement with a group of 310 investors with over $32 trillion of assets under management, dubbed Climate Action 100+, outlining the targets and review process.

"When it comes to meeting the demands of the Paris Agreement on climate change, we believe it is necessary to strengthen partnerships between investors and their investee companies to accelerate progress towards reaching such an ambitious common goal," Peter Ferket, Chief Investment Officer of Robeco said in the joint statement.

Shell will start publishing data on its net carbon footprint, including Scope 3 emissions, in the 2019 sustainability report, according to the spokeswoman.