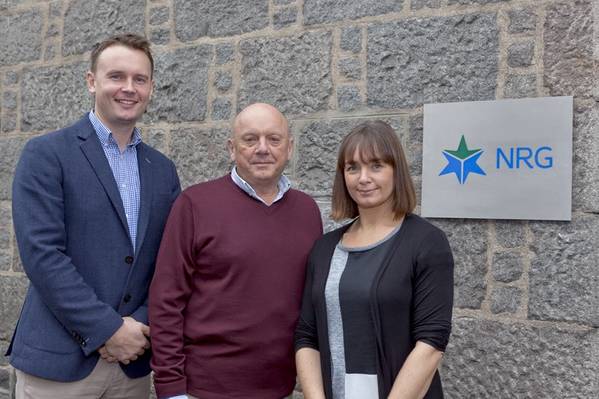 The company, which consists of NRG Well Examination and NRG Well Management, was founded by Andrew Mackay in 1988. Mackay has handed the reins to his son, Daniel Mackay, and daughter, Erica McPherson, who have taken up the newly-created roles of managing director at NRG Well Management and NRG Group Commercial Director respectively to shape the future direction of the company.

Andrew Mackay remains involved with the business as chairman and majority shareholder.

Daniel recently returned to the U.K. from Australia, having worked as a senior drilling engineer for various oil and gas operators where he gauged a better understanding on the climate for the NRG business in future. He previously held roles with NRG Group as Drilling Engineer and Night Drilling Supervisor. Erica has been with NRG Group for more than 10 years starting as Contracts Administrator working up through various roles across all departments.

Andrew Mackay said, “I have made the decision to pass the operational and financial reporting responsibilities of the business over to my children after over 30 years of running what is now the NRG Group. They have demonstrated the commitment to do it, and I have deep belief in their knowledge, ideas, and ambitions to drive the company forward.

“They are already producing great results and I look forward to seeing further progress in the future. NRG has come a long way since I started it back in 1988 as a one-man band in Aberdeen. With the continued support from my wife, Jean Mackay, over the years, we now have two successful companies with a great reputation across the UKCS and abroad and, most importantly, a path forward to ensure it is kept in the family and in safe hands for the future.”

Daniel Mackay said, “I am pleased to be a part of the family company again since I left back in 2012. I’ve learnt a great deal over the past six years in Australia and can’t wait to take on the responsibility of running the Well Management business. We have a great history and capability and part of my job will be getting the NRG name out there; letting people know what we can do and driving the company forward. It’s great having the backing of my family and a fantastic team already in place to support the two businesses.”

Erica McPherson added, “NRG is more than just a company to us, it’s a responsibility. Personally, I want to build on the existing business my father developed and I’m ready to face the challenges head on. I’m excited for the future of NRG Group in Aberdeen and around the world.

“Together, Daniel and I aim to build upon the success of NRG Well Examination and continue to move NRG Well Management forward, using the same values that our father had when he first founded the company.”