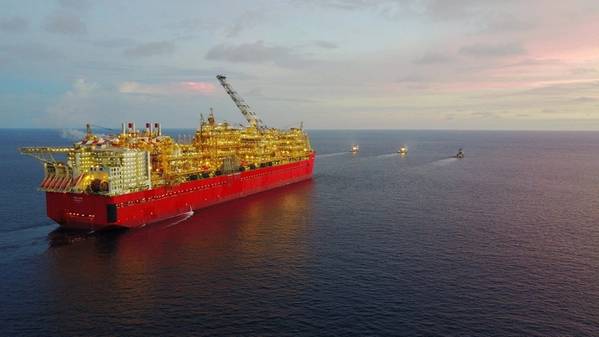 "This will cool down the tanks and process equipment and pipework with gas and is an opportunity to test processes and systems before the subsea wells are opened at start-up," she said.

Shell and Inpex Corp, Japan's biggest oil and gas producer, are vying for first gas from two overlapping fields from offshore northern Australia, where both have spent billions of dollars building the world's biggest maritime vessels to grab a slice of Asia's booming LNG market.

The Shell spokeswoman declined to comment on the estimated start-up date but reiterated that the oil major expects to get cash flow from Prelude in 2018.