Russian energy giant Rosneft has agreed to sell 20% stake in its subsidiary Verkhnechonskneftegaz to China’s Beijing Gas for US$1.1 billion.

Verkhnechonskneftegaz is operator of the Verkhnechonsk field in East Siberia, home to 73 million tonne of oil and gas condensate and 115 Bcm of gas.

This deal will allow Rosneft to implement the development potential of Verkhnechonsk, together with gas production, as well as form partnership with one of the largest distributors of natural gas in China.

Within the framework of the agreement, Beijing Gas will gain share in Verkhnechonsk, and have access to the Eastern Siberia–Pacific Ocean pipeline. In return, Rosneft will gain access to the local gas market in China, including end-users.

The Chinese government’s decision to use more gas than coal, and accelerate the transition of automotive transports to utilize natural gas as motor fuel, has opened endless opportunities for the Russian company to expand into the Chinese market.

Referring to the agreement as a ‘milestone dialog between Russia and China’, Rosneft CEO Igor Sechin said, “I am confident that this deal will give a new impetus to the relations between the two countries in the area of energy cooperation, while the competences and capabilities of our partner on the key distribution market will generate significant synergies from our joint operation."

Last month, Rosneft and BP finalized a 51:49 deal to create a new joint venture, Yermak Neftegaz, to conduct onshore exploration in the West Siberian and Yenisey-Khatanga basins in the Russian Federation.

Focusing on the exploration of two areas covering approximately 260,000sq km, activities include regional studies, acquisition of seismic data and drilling of exploration wells. BP has agreed to provide up to $300 million in two phases as its contribution to the cost of the joint venture’s activities at the exploration stage.

Rosneft, on the other hand, will contribute licenses and operational experience in West Siberia and Yenisey-Khatanga with initial drilling to be performed by Rosneft subsidiaries. Appraisal work is expected to begin in 2016-17 by drilling the Bkl-21 well in the 2009 Rosneft-discovered Baikalovskiy field within the Yenisey-Khatanga basin. 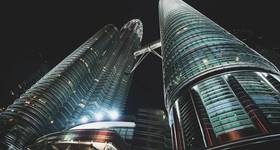 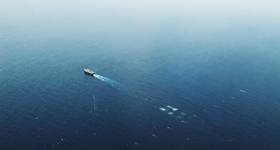