The Ichthys field, ocated about 220km offshore Western Australia and 820km southwest of Darwin, covers an area of around 800sq km in about 250m water depth.

The gas export pipeline will deliver gas from the Ichthys gas-condensate field, offshore Australia, to the onshore facilities at Bladin Point near Darwin for processing. The pipeline has been installed by Saipem’s Semac and Casterone barges from Darwin to the Ichthys field.

The Ichthys LNG Project is currently in construction and is ranked among the most significant oil and gas projects in the world, INPEX says. INPEX will conduct other necessary work on the pipeline in preparation for operational start-up.

“Completion of the offshore pipelay marks a significant milestone for the project,” Louis Bon, Ichthys Project managing director said. “It means we are one step closer to physically connecting our onshore plant near Darwin to the Ichthys Field where our offshore facilities will be permanently moored for the 40-year life of the project.”

In September, INPEX delayed start-up production at the Ichthys LNG project to Q3 2017 that is expected to increase investments by up to 10%, which could bring the total cost to approximately US$37.4 billion. The original estimated cost was $34 billion.

Production was originally scheduled to begin toward the end of December 2016. INPEX also announced it is raising annual LNG production capacity by approximately 6% to 8.9 MTPA from the initially planned 8.4 MTPA. 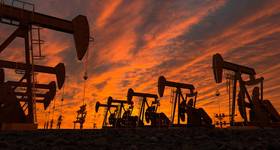