To remain competitive in the Chinese market, foreign oil and gas enterprises must protect their intellectual property rights in China, explain Brad Chin and Kevin Tamm of Bracewell & Giuliani LLP.

With China’s focus on developing a national plan to promote economic and technological development through the protection and enforcement of intellectual property (IP) rights (IPR), non-Chinese enterprises must understand the available forms of IP protection in the country.

According to the World Bank, since initiating market reforms in 1978, China has shifted from a centrally planned to a market-based economy, and has experienced rapid economic and social growth.

Since 2010, China’s GDP growth has averaged about 10% a year and at the end of 2014 its GDP surpassed that of the US. With a population of almost 1.4 billion people, China has become the second largest economy.

According to the United Nations Environment Programme, the use of fossil fuels by China’s rapidly growing population has increased by more than sevenfold, growing annually at a rate of 5.3%.

With the rapid growth rate in China’s economy, population, and consumption of energy resources, China is shifting its focus to develop a National IPR Strategy Action Plan (IPR Action Plan) to enhance its’ capacity to leverage its IPR in global competition.

With the advancement of domestic technology and the implementation of the IPR Action Plan, Chinese enterprises are developing strategic IP portfolios to equip them for competition with international companies.

They are mining, protecting, and enforcing domestic IPR against non-Chinese enterprises as an effective way to stake their position in the global marketplace.

Under the 2020 Action Plan, too, Chinese enterprises are actively developing IP portfolios to protect IPR both domestically and internationally.

Recent statistics from the State Intellectual Property Office (SIPO), demonstrate the rapid increase in patent filings by Chinese enterprises to protect their technology assets, as compared to their foreign industry counterparts.

For example, Figure 1 shows the increase of patent application filings at SIPO for both Chinese and foreign enterprises from 2003-2014.

In the past 11 years, the number of patent applications filed by Chinese enterprises has grown at an average annual rate of 21.9%, as compared to 10.2% for foreign enterprises.

The number of patents granted to Chinese enterprises has increased at an average annual rate of 21.9% in the last decade, as compared to 13.6% for foreign enterprises. Similar trends are observed in relation to the filing for protection of trademarks and copyrights in China.

Provincial or city-level IP offices govern administrative IPR enforcement. In an administrative procedure, a complainant must provide some prima facie evidence of infringement to the local agency.

The administrative agencies cannot award damages to IPR owners, but the enforcement of IPR is routinely much quicker than that provided by judicial proceedings.

Administrative decisions can be appealed to the People’s Supreme Court. Traditionally, administrative IPR enforcement has been almost exclusively used by Chinese enterprises.

All forms of IPR in China can be enforced through civil actions. In some instances, criminal actions can be raised in cases of serious infringement, but are very rare.

Judicial enforcement is the most popular method chosen by foreign enterprises because they are more familiar with enforcing their IPR in courts, and civil courts can award both injunctions and monetary damages.

Foreign enterprises should also be aware that discovery is not permitted in a judicial proceeding in China, and therefore an IPR owner must rely on private investigation - for example, during an administrative action, to prove infringement and damages in the judicial proceeding.

Chinese courts offer litigants, both Chinese and foreign enterprises, a relatively speedy mechanism for IPR enforcement. The time to trial in China is usually less than a year from the filing of the complaint, compared to at least two years in the US.

However, the adjudication of an action (for example, a patent infringement case) in China is routinely delayed for one to two years by a concurrent patent invalidity challenge, which can only be conducted by SIPO.

In the US, a patent infringement case is less often stayed pending a concurrent determination by the US Patent & Trademark Office of a patent invalidity challenge, than through a reexamination proceeding.

In an attempt to answer criticism that it has been lax in IPR protection, China, in 2014, established three specialized courts in Beijing, Shanghai, and Guangzhou to handle IP cases.

Chinese civil courts entertained 9648 patent infringement cases in 2014, a growth rate of 464%, as compared to only 2080 being filed in 2002. Similarly, patent right disputes are increasing in the administrative track of the Chinese IP enforcement system.

For example, 4684 patent infringement cases were filed before administrative agencies in 2013, more than double from 2012. Similar trends are observed in relation to the enforcement of trademarks and copyrights in China.

These growth rates in patent filings (i.e., IPR protection) and enforcement of IPR through administrative agencies and civil court proceedings demonstrate that a foreign company seeking to enter the Chinese market must select the most effective form of IPR protection for its technology.

In addition, understand the procedural advantages and challenges associated with the use of administrative actions and judicial proceedings to maintain an equal footing with Chinese enterprises.

Non-Chinese firms must also develop relationships with local Chinese industry partners and legal representatives, as well as gain an understanding of the judicial requirements for protecting their IPR in China.

Brad Chin is a partner and the IP practice group head at Bracewell & Giuliani LLP. He has global IP practice with an emphasis on patent protection and portfolio management for the US and international (China, South Korea, Japan, and the Middle East) clients. Chin is also a former US Patent & Trademark Office Patent Examiner.

Kevin Tamm is a US registered patent attorney practicing as an associate with Bracewell & Giuliani LLP. He counsels clients regarding patentability and intellectual property asset management in the areas of energy, oil and gas and petrochemicals. 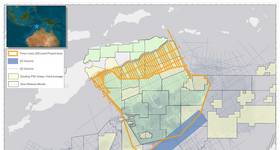