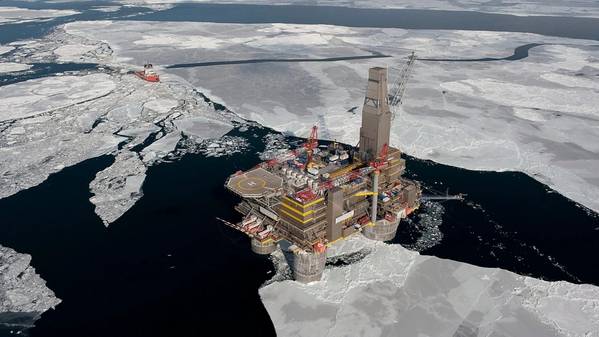 Japanese trading houses Mitsui & Co and Mitsubishi Corp have cut the value of their stakes in the Sakhalin-2 liquefied natural gas (LNG) project in Russia by 217.7 billion yen ($1.66 billion) following Moscow's move to seize control of the project.

Russian President Vladimir Putin signed a decree on June 30 to create a company to take over the rights and obligations of the Sakhalin-2 oil and gas project, raising the stakes in an economic war with the West.

State-run Gazprom has a 50% plus one share stake in Sakhalin Energy, the joint venture that operates Sakhalin-2, while Shell owns 27.5% minus one share. Mitsui and Mitsubishi hold 12.5% and 10% respectively.

Mitsui trimmed the investment value of its stake by 136.6 billion yen to 90.2 billion yen at the end of June and Mitsubishi has lowered the value by 81.1 billion yen to 62.3 billon yen, the companies said separately on Tuesday.

"Details of the presidential decree are still not clear and we have made a conservative evaluation," Mitsui Chief Financial Officer Tetsuya Shigeta told a news conference, adding there would be no impact on its profit or loss, and on cash flow.

The Japanese government plans to support the trading companies in their attempts to stay in the Sakhalin-2 project. Japan imports about 10% of its LNG from Russia, mainly from Sakhalin-2.

A surge in energy prices, driven by concern over supply disruption linked to leading oil and gas producer Russia's invasion of Ukraine begun on Feb. 24., led both trading houses to report bumper profits for the April-June first quarter.

Mitsubishi's net profit for the quarter nearly tripled from a year earlier to a record 533.95 billion yen while Mitsui's profit rose 44% to 275 billion yen, a record for the time of year.

Both companies maintained their annual profit estimates, but said uncertainty over the global economy could lead to changes in future.

"There is a strong possibility that we will raise annual guidance, but we will examine various factors over the current quarter as there is growing uncertainty," Mitsubishi's Nouchi said.

"Our business environment is expected to toughen due to a slowdown in the global economy hit by the prolonged Russia-Ukraine conflict, a resurgence in the pandemic and monetary tightening."