Datuk Karim said the firm made a bold decision in January 2014 to invest in its second PFLNG project. “The expectation is for PFLNG 2 to embark on a technology solution to monetize a wider range of stranded gas fields when it is commissioned in 2018,” he said.

To be built at the SHI shipyard, the steel cutting signifies the beginning phase of the hull and topsides of the PFLNG 2 with a weight of 152,000-tonne.

Designed for deepwater operations in water depths ranging from 500-1500m, PFLNG 2 will have a production capacity of 1.5 Mtpa and be able to house up to 150 personnel.

PFLNG 1, however, will have a production capacity of 1.2 Mtpa, 20 years design life, operate in water depth ranging from 70-200m, plus accommodate up to 150 workers.

The unit is scheduled for completion in 4Q 2015 and planned for operations in the Kanowit field offshore Sarawak in 2016. The Kanowit field is part of the Kumang cluster development, operated by PETRONAS, consisting of 10 gas fields.

The two FLNG plants once onstream, according to Platts, will take Malaysia's total LNG production to 28.9 million metric tonne per year and the LNG produced could be sold to overseas or domestic market.

This month at OGA 2015, chairman of PETRONAS, Tan Sri Sidek Hassan confirmed that PETRONAS reduced CAPEX by 15% and OPEX by 25%, as a result of low oil price.

Last month the firm welcomed its first oil from the Bukit Tua field in Indonesia. Hazli Sham Kassim, general manager and country chairman of Indonesian operations said this is the biggest upstream project for PETRONAS. 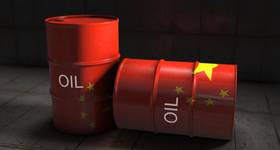 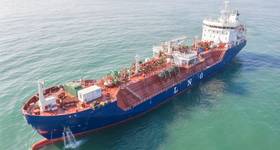 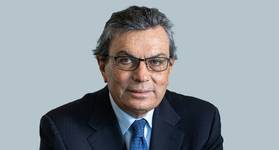